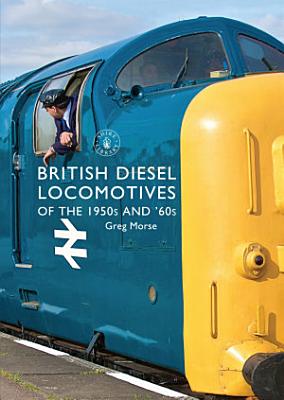 After the Second World War, the drive for the modernisation of Britain's railways ushered in a new breed of locomotive: the Diesel. Diesel-powered trains had been around for some time, but faced with a coal crisis and the Clean Air Act in the 1950s, it was seen as a part of the solution for British Rail. This beautifully illustrated book, written by an expert on rail history, charts the rise and decline of Britain's diesel-powered locomotives. It covers a period of great change and experimentation, where the iconic steam engines that had dominated for a century were replaced by a series of modern diesels including the ill-fated 'Westerns' and the more successful 'Deltics'.

British Diesel Locomotives of the 1950s and ‘60s

Authors: Greg Morse
Categories: Transportation
After the Second World War, the drive for the modernisation of Britain's railways ushered in a new breed of locomotive: the Diesel. Diesel-powered trains had be

British Rail in the 1980s and 1990s: Diesel Locomotives and DMUs

Authors: David Hucknall
Categories: History
The rapid dieselisation of Britain's railways meant that many designs of locomotives were introduced from various manufacturers. Some were highly successful and

Authors: Pip Dunn
Categories: Transportation
The first of the English Electric Type 1 design, what we now know as the Class 20s, appeared in June 1957. With their distinctive 'chopper' engine sound, these