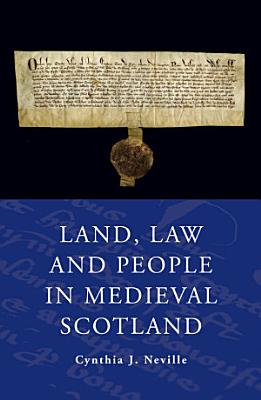 This ambitious book, newly available in paperback, examines the encounter between Gaels and Europeans in Scotland in the central Middle Ages, offering new insights into an important period in the formation of the Scots' national identity. It is based on a close reading of the texts of several thousand charters, indentures, brieves and other written sources that record the business conducted in royal and baronial courts across the length and breadth of the medieval kingdom between 1150 and 1400.Under the broad themes of land, law and people, this book explores how the customs, laws and traditions of the native inhabitants and those of incoming settlers interacted and influenced each other. Drawing on a range of theoretical and methodological approaches, the author places her subject matter firmly within the recent historiography of the British Isles and demonstrates how the experience of Scotland was both similar to, and a distinct manifestation of, a wider process of Europeanisation.

Authors: Cynthia J. Neville
Categories: Art
This ambitious book examines the encounter between Gaels and Europeans in Scotland in the central Middle Ages, offering new insights into an important period in

Authors: Alice Taylor
Categories: History
This study of Scottish royal government in the twelfth and thirteenth centuries uses untapped legal evidence to set out a new narrative of governmental developm

Authors: Pem Davidson Buck
Categories: Political Science
Examines the roots of white supremacy and mass incarceration from the vantage point of history Why, asks Pem Davidson Buck, is punishment so central to the func

Authors: Matthew Hammond
Categories: History
The essays collected here consider the changes and development of Scotland at a time of considerable flux in the 12th and 13th centuries.