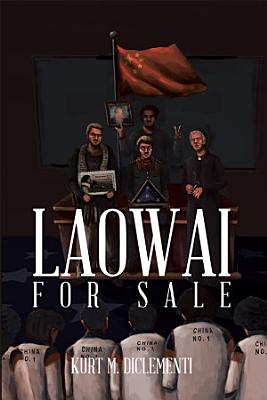 My recently completed novel entitled Laowai for Sale was written in the genre of realistic fiction, first-person omniscient. The plot of the story is the moral, financial, and spiritual bankruptcy of the American people as represented by the story’s four main characters in China and the president of the United States in America. While the four main characters in China represent the hope that America can prevail against adversity and reclaim its legacy as the greatest nation on earth, the character of the president represents an America that is willing to mortgage its soul for sensual satisfaction with the risk of losing its identity and position on the world stage. These ideas are conveyed through satire and comedy in the character dialogue. The story’s protagonist, John Winston, is an Asperger’s syndrome savant with a photographic memory who attained material success through his musical ability and encyclopedic capacity for knowledge on all things regarding American pop music. Unfortunately, he lost everything, as did many others in the economic times that are characteristic of today’s US economy. Because of the limited social skills associated with his disability, Winston descends into a downward spiral that resulted in his isolation and drinking. Then he is whisked away to China with three other main characters in a government program to stem the mounting crisis of an unemployment rate that has exceeded 50 percent. This crisis seriously threatens the US president’s chances for a second term in office, so his chief of staff devises a plan, using the CIA, to initiate a massive, wholesale exportation of America’s unemployed labor force to China as English teachers in order to rapidly change the unemployment statistics.