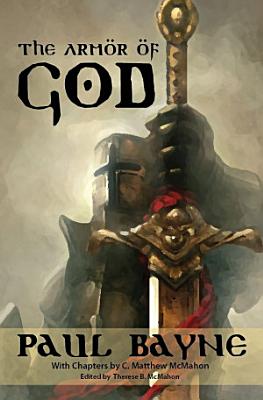 From Ephesians 6:10-18, Bayne teaches the reader what it means to wear the armor of God in the most profitable manner. He shows that the world, the flesh and the devil fight vigilantly against the Christian to pull him down to hell. The things of the world, as glory, riches, pleasure, etc., must not be considered as things that have no real power, for they become instruments of the devil to be used in ways that do not glorify God, and instead, pull the Christian away from God if misused. Being in battle means a wise Christian must be about preparatory work, or the Christian will in fact be unable to fight effectively. It is not wise to fight in a spiritual battle by spiritually winging it. Christians must prepare themselves before the day of temptation actually arrives. It is a simple truth, then, that in such a spiritual battle, and in such a spiritual war, the Lord’s people should know, and expect, that in the course of their lives they will in fact have some full times of spiritual difficulty. Bayne covers the breastplate of righteousness, feet shod with the gospel of peace, the shield of faith, the helmet of salvation, the sword of the Spirit, and praying always with all prayer which is the capstone to wearing the armor. The armor is only useful if it is set in the context of constant prayer and reliance on God. Fully clothed with the armor, one submits themselves to God, and the devil will ultimately flee – though not without a violent fight. This work is not a scan or facsimile, has been carefully transcribed by hand being made easy to read in modern English, and has an active table of contents for electronic versions.