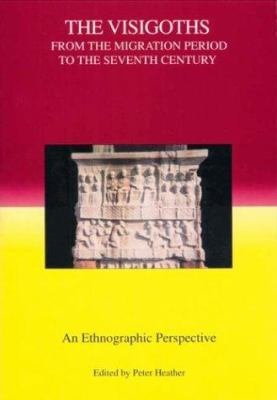 Between 376 and 476 the Roman Empire in western Europe was dismantled by aggressive outsiders, "barbarians" as the Romans labelled them. Chief among these were the Visigoths, a new force of previously separate Gothic and other groups from south-west France, initially settled by the Romans but subsequently, from the middle of the fifth century, achieving total independence from the failing Roman Empire, and extending their power from the Loire to the Straits of Gibraltar. These studies draw on literary and archaeological evidence to address important questions thrown up by the history of the Visigoths and of the kingdom they generated: the historical processes which led to their initial creation; the emergence of the Visigothic kingdom in the fifth century; and the government, society, culture and economy of the "mature" kingdom of the sixth and seventh centuries. A valuable feature of the collection, reflecting the switch of the centre of the Visigothic kingdom from France to Spain from the beginning of the sixth century, is the inclusion, in English, of current Spanish scholarship. Dr PETER HEATHER teaches in the Department of History at University College London. Contributors: Dennis H. Green, Peter Heather, Ana Jimenez Garnica, Giorgio Ausenda, Ian Nicholas Wood, Isabel Velazquez, Felix Retamero, Pablo C. Diaz, Mayke de Jong, Gisela Ripoll Lopez, Andreas Schwarcz

The Visigoths from the Migration Period to the Seventh Century

Authors: Peter J. Heather
Categories: History
Between 376 and 476 the Roman Empire in western Europe was dismantled by aggressive outsiders, "barbarians" as the Romans labelled them. Chief among these were

The Scandinavians from the Vendel Period to the Tenth Century

The Ostrogoths from the Migration Period to the Sixth Century

Authors: S. J. B. Barnish
Categories: History
Essays examining the Ostrogoths, the richest and most powerful Germanic tribe to emerge after the fall of the Roman Empire, and their role in the evolution of m

The Visigoths in Gaul and Iberia

Authors: Alberto Ferreiro
Categories: History
This bibliography is a supplement to the one previously published by Brill in 1988. This one covers material from 1984 to 2003. The chronology has been expanded

Authors: Wolfram Drews
Categories: History
This analysis of the theological positions of Isidore of Seville provides new insights into the political instrumentalization of religion in Visigothic Spain. C

Authors: Edward James
Categories: History
'Barbarians' is the name the Romans gave to those who lived beyond the frontiers of the Roman Empire - the peoples they considered 'uncivilised'. Most of the wr

A Cumulative Bibliography of Medieval Military History and Technology, Update 2003-2006

Authors: Kelly DeVries
Categories: History
This second update to the Cumulative Bibliography of Medieval Military History and Technology (Brill, 2002) includes additional entries for the period before 20

Authors: Roger Collins
Categories: History
This history of Spain in the period between the end of Roman rule and the time of the Arab conquest challenges many traditional assumptions about the history of

The Visigothic Kingdom in Iberia

Authors: Santiago Castellanos
Categories: Iberian Peninsula
"A thematic study of how the Visigoth kingdom rooted its structures in what had been Roman Hispania, examining the time period from the late fifth to mid-sevent

Authors: Hans-Werner Goetz
Categories: Social Science
This book is the first comprehensive and comparative study of the difficult relationship between ethnic identities and political organisation in the post-Roman